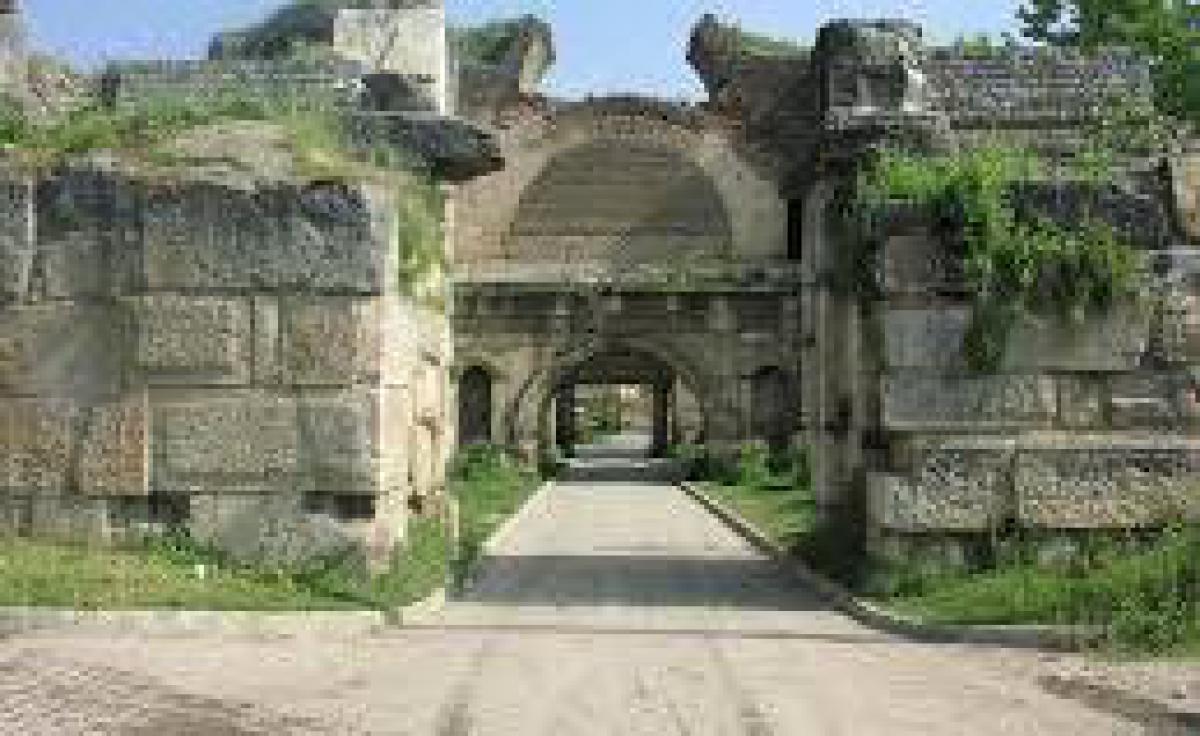 The Road to Nicaea

To us, the first Council of Nicaea is like a mountain in the landscape of the early church. For the protagonists themselves, though, it was more of an emergency meeting to stop an internal religious squabble. 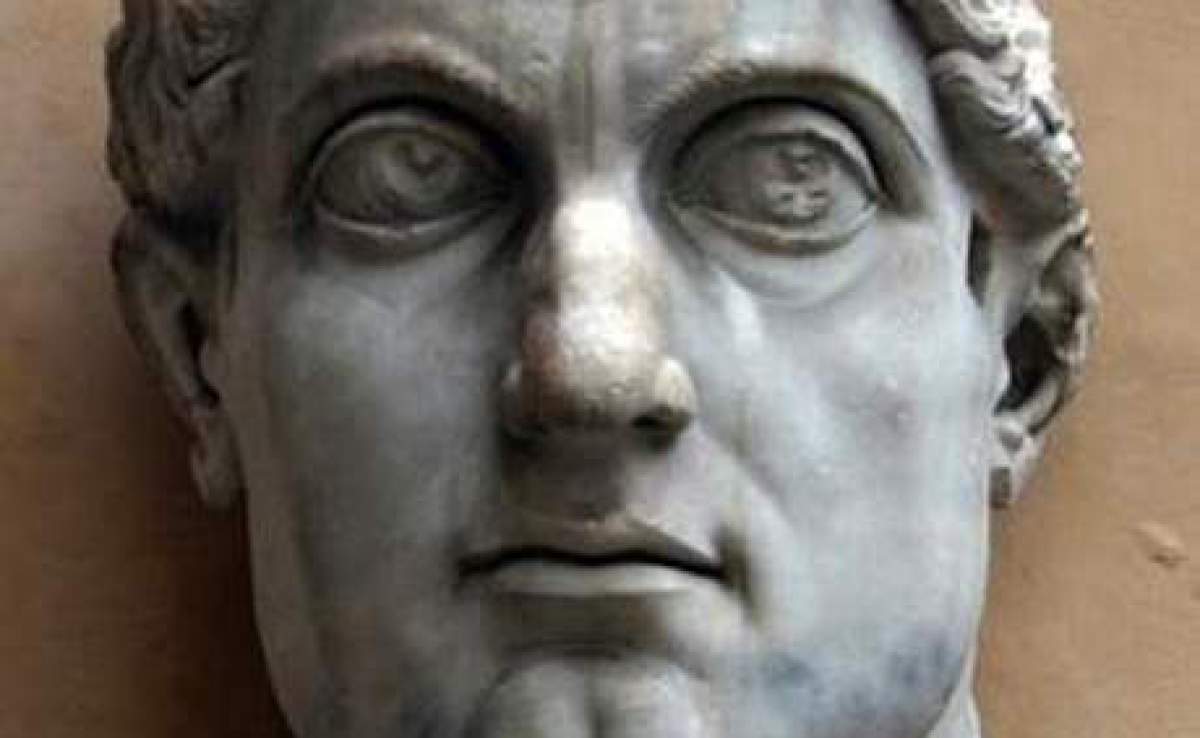 Constantine and the Bishops

In the year AD 324, the Roman emperor Constantine the Great dispatched his closest advisor to mediate the dispute between the Empire's bishops within the Christian church over the divine nature of Jesus the Christ. 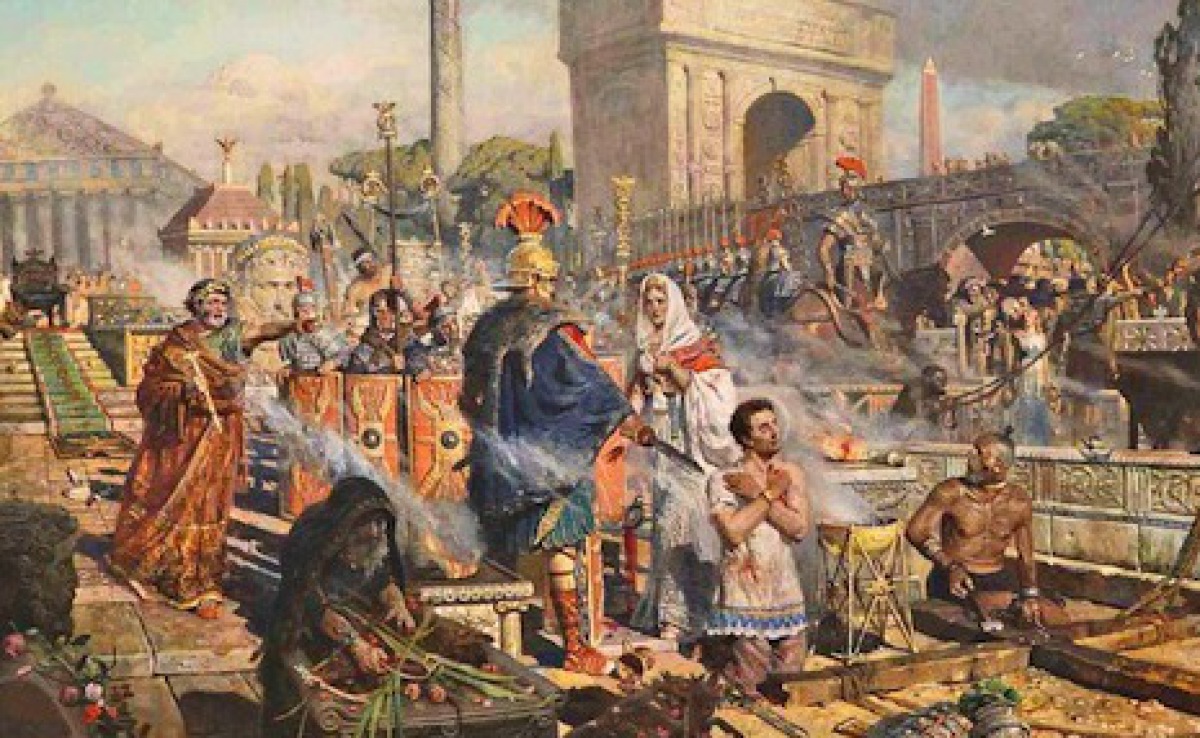 Today's growing hostility toward Christianity spans many centuries, beginning of course with Christ himself when he was crucified. His followers, in turn, have been persecuted and even put to death for their beliefs. 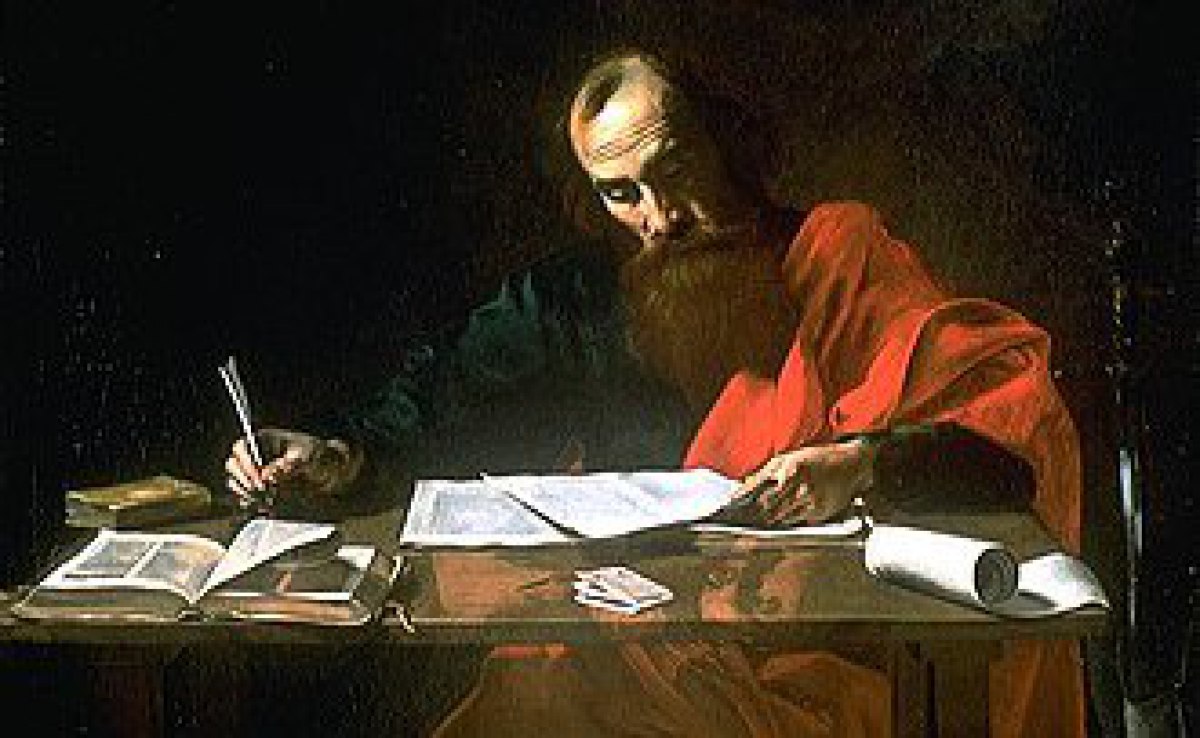 How we got the Bible

We find it almost impossible to think of the Christian faith without the Bible. Few decisions are more basic than those made during the first three centuries surrounding the Bible's formation.

The resurrection of Jesus Christ is the hope of the world!

What happened at the Council of Nicaea?

In the early fourth century AD, Christian bishops in the Roman Empire traveled to the ancient town of Nicaea at the direction of Emperor Constantine the Great for the first time as an ecumenical council. Nicaea is now called Iznik, in modern-day Turkey, and is located in a fertile basin at the eastern edge of Lake Ascanius and surrounded by hills. Constantine arranged the synod in AD 325 to deal with two issues: the heresy of Arianism and the date of Easter.

growing theological disputes over the divinity of Christ.

Some 300 bishops gathered in the emperor's grand lakeside palace. In the center of the chamber, on a throne, lay the four gospels. Constantine was dressed in a purple gown and wore a silver diadem. He opened the Council of Nicaea by saying, "I rejoice to see you here, yet I should be more pleased to see unity and affection among you."

Constantine told the delegates assembled in the Senatus Palace in Nicaea to resolve their differences. Many bishops argued that God the Father created Christ the Son before the beginning of time, while others asserted that Christ had the same divine essence as God the Father.

If Christ is not God, how can he overcome the infinite gap between God and man?

The bishops finally voted and approved the first Nicene Creed in 325 AD. But disagreement over the meaning of Scripture on the deity of Christ continued for more than fifty years. Another council of bishops met in Constantinople in 381 AD and adopted an expanded form of the earlier creed.

The creed affirms that God is three "persons" (Father, Son, and Spirit) in one nature or essence. Each person is fully divine, yet each is distinct. 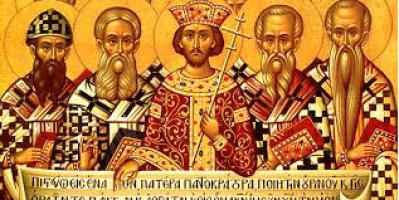 7 Councils: The Council of Nicaea

Articles by Tim Challies on the seven ecumenical councils of the early church, including

The Nicene Creed is the most widely accepted and used brief statement of the Christian Faith. In Liturgical Churches, it is said every Sunday as part of the Liturgy. It is Common Ground to East Orthodox, Roman Catholics, Anglicans, Lutherans, Calvinists, and other Christian denominations. Many Christians who do not have a tradition of using it in their services nevertheless are committed to the doctrines it teaches.

What is the Doctrine of the Trinity? 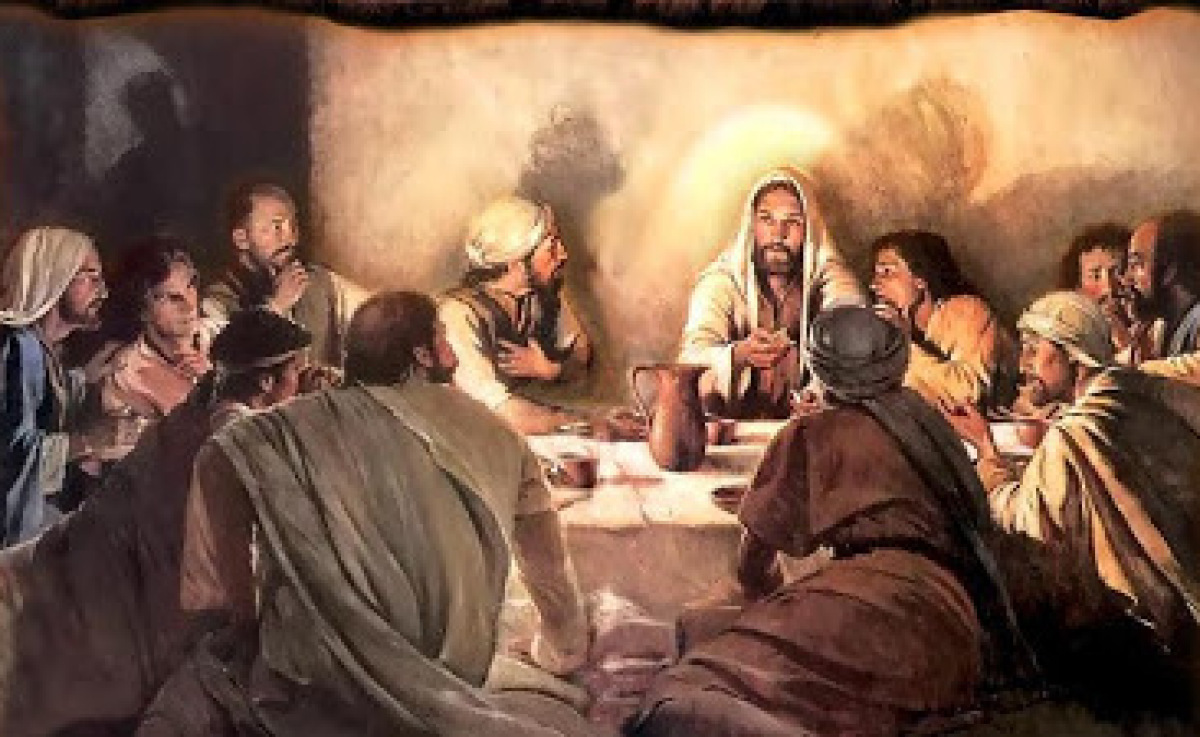 The 1st century is focused on the formative years of the Christian faith. The earliest followers of Jesus are primarily Jews, which historians refer to as the Jewish community. The apostles left Jerusalem, following the Great Commission of Jesus to spread His teachings to "all nations". 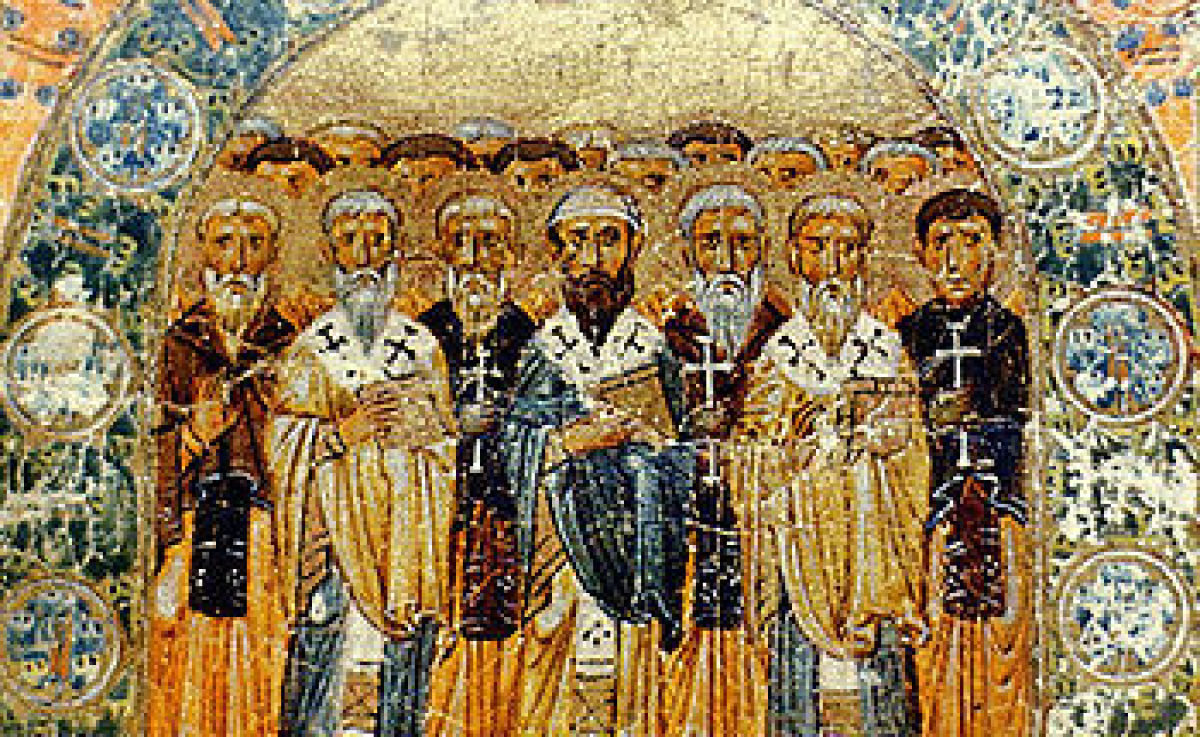 The 2nd century was mainly the time of the Apostolic Fathers who were the students of the apostles of Jesus, though there is some overlap as John the Apostle may have survived into the 2nd century and Clement of Rome is said to have died at the end of the 1st. 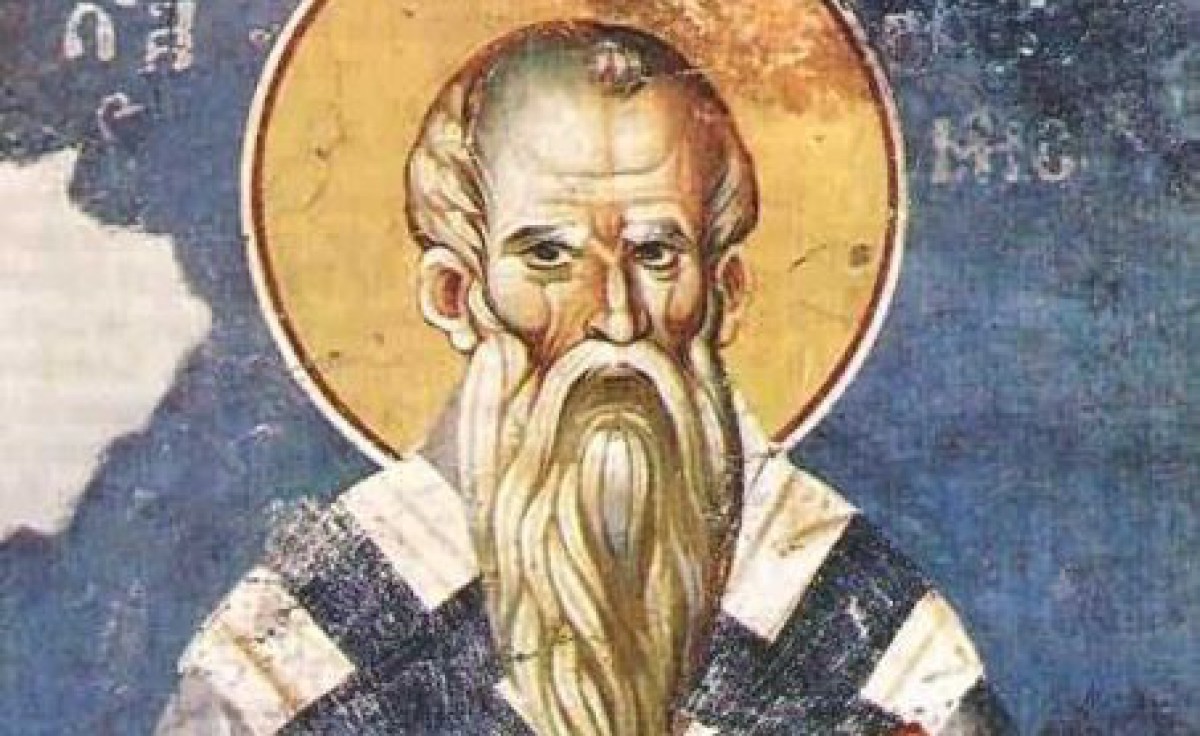 The 3rd century was largely the time of the Ante-Nicene Fathers who wrote after the Apostolic Fathers of the 1st and 2nd centuries, but before the First Council of Nicene in 325. 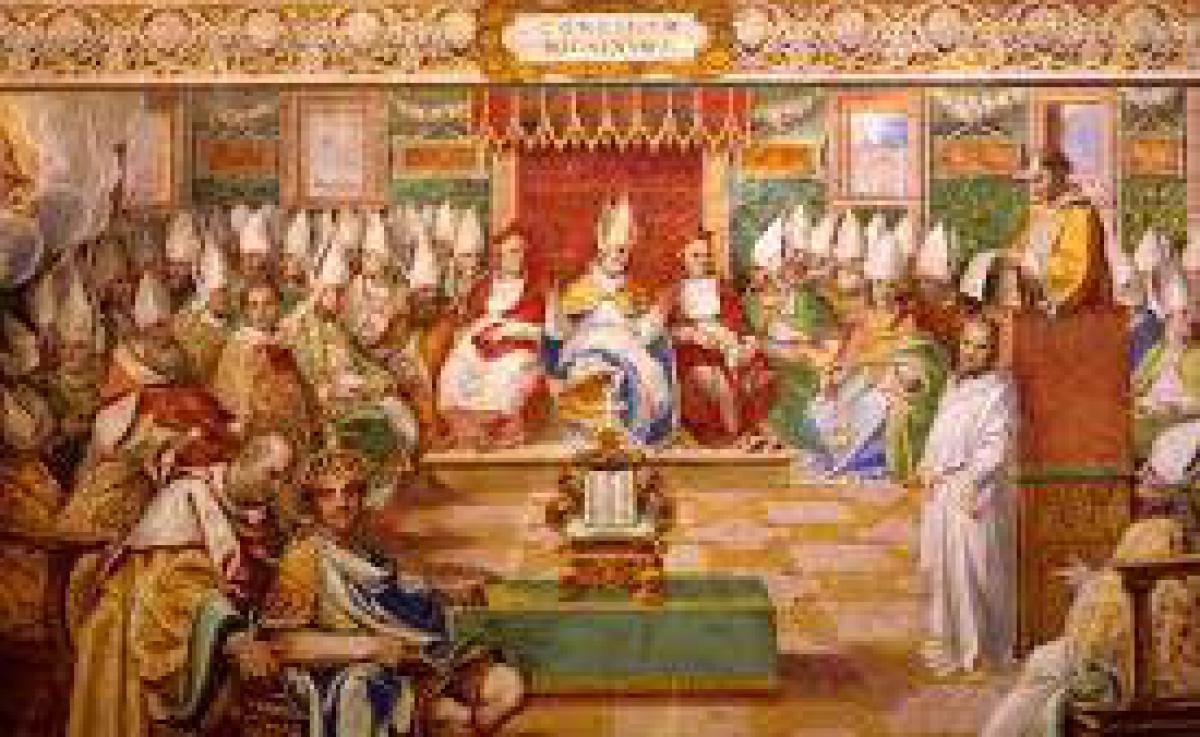 The 4th century was dominated in its early stage by Constantine and the First Council of Nicaea. This was the beginning of the first seven Ecumenical Councils (325-787), and in its late stage by the Edict of Thessalonica of 380, making Nicene Christianity the state church of the Empire.

5 Features That Made the Early Church Unique

What We Learn from the Early Church

The Peculiarity of Early Christian Worship

Persecution in the Early Church

"He is the beginning, the firstborn from the dead, that in everything he might be preeminent. For in him all the fullness of God was pleased to dwell, and through him to reconcile to himself all things, whether on earth or in heaven, making peace by the blood of the cross."  (Colossians 1:15-23)

A Relationship with Jesus Christ

A personal relationship with Christ begins at the moment of our salvation. Only when we are born spiritually into God's family do we become members of His spiritual kingdom. While we may not know exactly when this new life begins, we can understand the steps we need to begin this new relationship:

(Adapted from our Daily Bread) 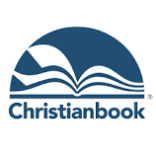 A saga told in a collection of three historical novellas under one cover against a backdrop of persecution and war during early Christianity in the Roman Empire. A priceless ancient book, called the Nicaea Codex, becomes the object of a relentless quest by those determined to possess it.

"Entertaining and Illuminating"  -- Rodney Stark, a sociologist of religion and author

"Knows how to spin a story" -- Kathryn Bennett, for Readers' Favorite 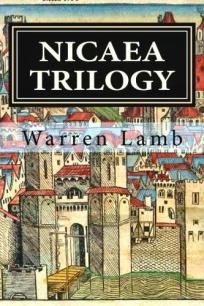 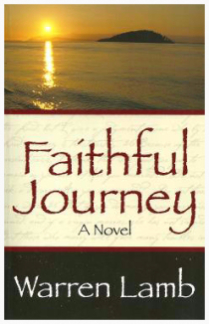 Faithful Journey is historical fiction based on the Acts of the Apostles in the New Testament. Acts is one of the most recognized Bible stories about early Christianity 2,000 years ago.

The novel by Warren Lamb is a modern portrait of the lives and times of those who played key roles in this ancient biblical odyssey of spreading the Christian faith.